As Mike and I are stuck in Maine, waiting (and waiting and waiting…) for our van to be repaired, I decided to cross something off my bucket list; work on a lobster boat!  Spending my childhood summers in Maine, I always felt that this was something I needed to do – a rite of passage will you – to feel like I really could call myself a Mainer. And lucky me, I got the opportunity from a family friend a couple days ago!

In case you are already bored of reading and aren’t going to read about my experience, let me tell ya…. it’s hard as hell. Next time you’re eating these delectable shellfish, give a shoutout to the lobstermen that worked damn hard to get those for you.

So, despite my inability to sleep because I was so excited, I woke up at 3am bright eyed and ready to conquer the sea. Gabe, my family friend, picked me up and we’re at the dock, ready to go by 4am. It’s obvious we’re in lobstering town, as the roads are surprisingly busy considering it’s what most people would call the middle of the night. Captain Nick arrives, and the three of us head over to get the bait for the day. Nick gets a couple barrels of pogie fish, which are about $300! Woof.

We then head to the deep ocean. Well, actually it was still dark at this time, and the whole day was completely foggy, so I really have no idea where we were. For all I know, we could have been 20 feet from land at all times. I’m a bit unsure of what’s going on, and it’s dark, so I just sit back and watch for a little. Once I get a bit more comfortable, Gabe has me help fill the bait bags. As someone who doesn’t really like fish (they just look so mean and angry all the time!), this was a bit gross. I would pick a fish up, rip into two pieces to “get the juices flowing,” and stuff them into a mesh type bag. Once the bag was full, I’d tie it shut and Gabe (he’s the sternman on the boat – basically the guy that helps the captain) would replace the empty bait bag in the trap.

Lobstering is intense and at times, immensely competitive work. Each boat has their own colored buoys and if you’re found pulling up any one elses, you get a huge fine. In the cove where my family has a cabin, there is a tiny island, about a mile off our shore with a house. A lobsterman lived there and was accused of stealing lobsters from another captain’s traps. His house “accidentally” burned down. When he rebuilt his house…. it was burned down again. He finally moved after the second round of arson. Crazy, right?

There are a ton of rules about what lobsters can be used too. The captain will get to his buoy, pull the trap up, and while the sternman is switching out the bait bags, he’ll start pulling the lobsters out of the trap. He’ll look to see if they have any eggs, and if they do, he has to throw them back. No fertile female lobsters can be taken. He’ll toss all other lobsters into a bin. Once the trap is reset, back in it goes, and we’re off to the next one.

While we’re heading to the next trap, the sternman (or helpful and eager people such as myself) will inspect the lobsters. To keep the lobsters, it must be a certain size. They will get measured from their eyesocket to their tail – it has to be at least 3.25″ long and no longer than 5″. Even just a hair difference means it gets thrown back into the ocean. Checks are done frequently and if you’re found having lobsters that are too small or big, you get a huge fine, per lobster that doesn’t meet the requirements. You also have to check their tail. If a female lobster has eggs, it gets thrown back in – but first, it’s marked to let future trappers know it’s a fertile female. A triangle shaped punch is used to cut a mark of their tail out. So, if we pulled any females up, saw the tail mark, we’d also have to throw that back into the water.

(Random thought I had about that rule… it felt like we were making the lobster society live in The Handmaid’s Tale. Once I had that thought, it made me super sad.)

I would guess that of all the lobsters we pulled out of the traps, we had to throw about 90% of them back into the ocean. If the lobster meets all the checks, it’s claws get rubber banded…. you have to be quick, because they’ll getcha! I have one battle scar on my hand before I really learned my lesson.

I went through many waves of emotion on this day. Once I had been working for about 6 hours (and it was only 10am!), and the excitement had really worn off, I started to have too many thoughts, and got sad about what I was doing. There’s a scene in the show Friends, where Phoebe talks about lobsters mating for life. That popped in my head, as I was picking up lobsters to measure them, which would decide their fate. As they’re clawing around, trying to pinch anything, I noticed some lobsters would be holding claws. Cue me getting really sad and thinking they’re in love. I would then start hoping that they have the same future; either both too small and get thrown back in, or both doomed for the tank. I’m such a crybaby softie. 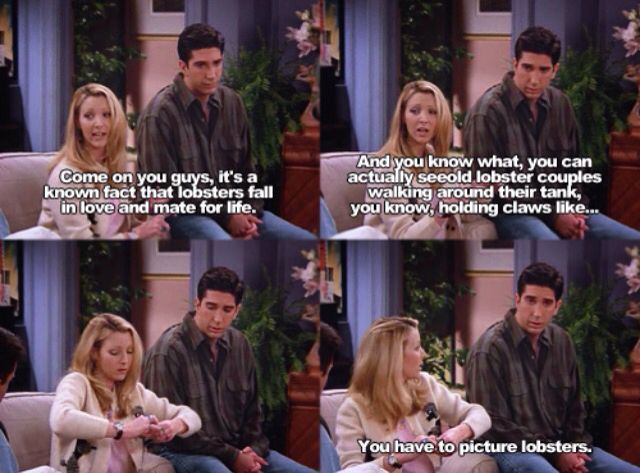 The next part of my emotional rollercoaster was competitive, thank goodness. It was exciting to see how the lobster tank was filling up and how many lobsters we were keeping. It seemed like a lot, but according to Captain Nick, it wasn’t a great day. As a lobsterwoman virgin though, I was pretty excited.

Around 4pm, we got back to the harbor. The lobsters were dropped off and weighed so Nick could get paid. We went to 260 of his 800 traps that day, and came back with about 235lbs of lobster. Captain Nick would get about $900 from that haul, which doesn’t seem like a terrible day. However, once you take into account the bait costs, the fuel, the boat payment, and the sternman percentage… it’s not too great.

We then refueled and got more bait so Nick would be ready to go the next morning. It was such a long day, and I’m so glad I did it…. it’s one experience I’ll never be able to forget, mostly because I’m pretty sure my clothes will always smell like lobster and dead fish. I’m a true Mainer (or Maineiac) now! I finally can use the word “wicked” instead of “very” and wear LL Bean like a true native.

So, the next time you’re eating lobster, I hope you enjoy the fact that I most definitely pulled that one out of the ocean just for you (the probability of that being true is basically zero, but I’m ignoring that logic right now). Happy shellfish eating, friends!